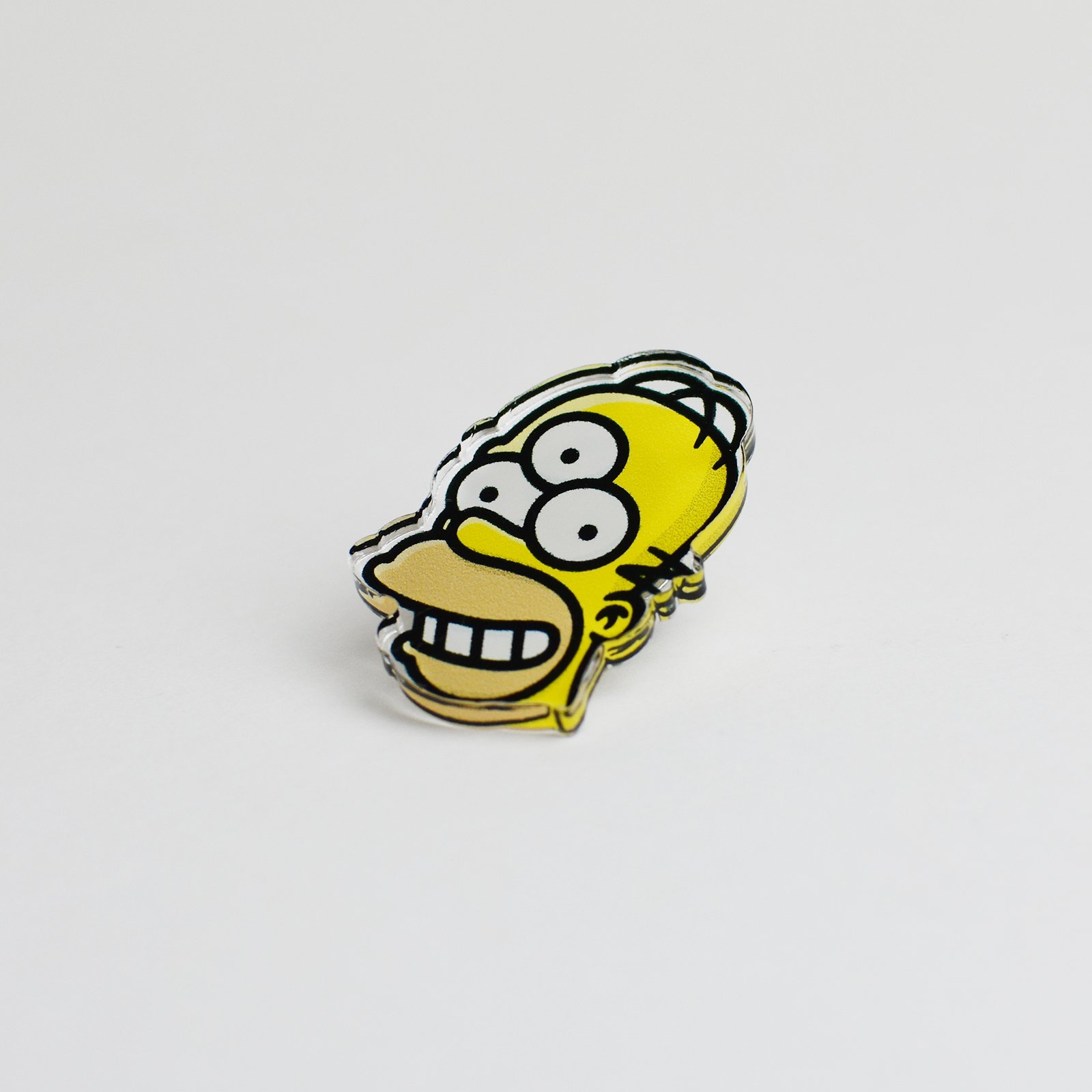 Homer has a bad rap.

And arguably, he deserves it. He's choked his son, he's yelled at his family. He's a total doofus. But. In 1995, there was a moment that, 25 years later, still kicks parents across the world squarely in the feels.

When your boss tells you that they own you, that "You'll Be Here, Forever," sometimes you need a reminder why you're there at all. Homer had a third eye. He figured it out. And maybe he's a doofus. But sometimes, a doofus takes care of you. Sometimes a doofus is just what you need.

Acrylic pins are finicky. They chip and scratch. They also look dope on a jacket. This one is $6.99. Get it while it's hot.